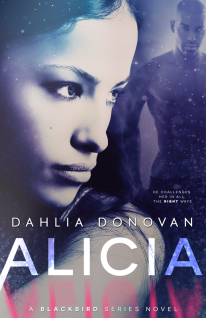 Born into a Moroccan family both wealthy and well-connected, Alicia has wanted for nothing her entire life. Choosing to abandon her family business for fashion, she has built her own business and lives off the fruits of her own labour. Her traditionalist mother has longed for her to settle down with a good man.
Alicia has never wanted a good man until Josh Withers. Tired of meaningless flings, Alicia has found someone who challenges her in all the right ways. So what if he occasionally turns himself into panther?
No one’s perfect.
Now in a fight for her life as enemies from both her family’s past and her best friend Ivy’s recent nightmares come hunting for her. Alicia can only hope Josh’s military background and shifter strength will keep them safe. 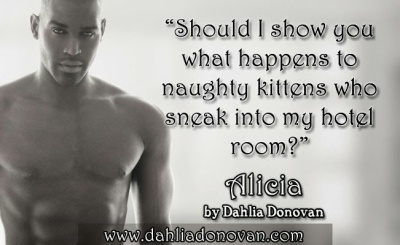 ON SALE FOR 99C
Amazon US ~ Amazon UK ~ Amazon CA ~ Amazon AU
Books In the Series
Click HERE to subscribe to Dahlia Donovan’s newsletter and get access to Under Fire, a FREE short story. 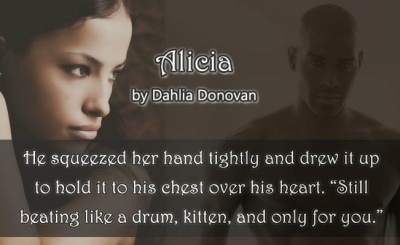 Dahlia Donovan started out working in the insurance world. After ten years, she morphed her love of investigating accidents and studying people into writing about them. She’s a bit of a hermit and despises being in front of a camera. Her life wouldn’t be complete without her husband and her massive collection of books and video games.
Her first novel Ivy started out as a crazy dream which she turned into an adventurous and suspenseful paranormal romance. It was followed up by Natasha, Masquerade, Twelve Days and now Alicia. A fourth main novel in the series, Lorcan, is due out late 2015