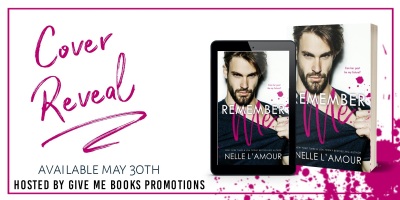 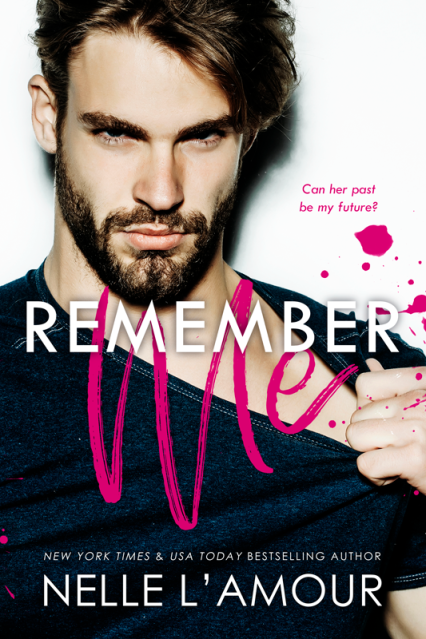 Title: Remember Me
Author: Nelle L’Amour
Genre: Steamy Romantic Suspense
Cover Design: Arijana Karčić
Release Date: May 30, 2019
Blurb
From USA
Today bestseller Nelle L’Amour, a steamy and suspenseful ripped from the
headlines second chance romance that will have you gasping for air.
Skye:
It was love
at first sight with Finn. The downtown bad boy with the piercing blue eyes,
tattooed biceps, and museum-worthy chiseled body. But while he struggled, I was
driven. An investigative reporter determined to pursue the truth to get my
story. My credo: Dig deep, then dig deeper. Then one time, I dug too deep and
literally dug my own grave, losing everything and everyone dear to me.
Until life
gave me a second chance.
Finn:
Being a
renowned artist and single dad isn’t easy. My demanding fiancée doesn’t help.
No matter how much I try, she wants nothing to do with my precious
five-year-old daughter.
Then she
came along. The hot as sin teacher. Scarlet Callahan. She’s everything my
fiancée isn’t. Warm, funny, and down-to-earth, she loves my daughter as much as
my daughter loves her. I’m inexplicably attracted to her, but she keeps her
distance. Like she’s hiding something. Except I’m going to uncover her secret
even if it means risking everything I’ve ever wanted.
And
everyone I’ve ever loved.
ADD TO GOODREADS 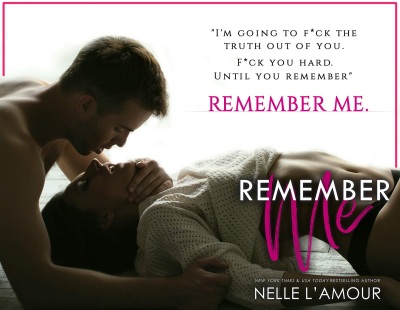 Excerpt
One hour
later, we’re in Brooklyn, at Finn’s painting-filled loft, butt-naked on his one
piece of furniture— a micro-suede futon that’s sprawled out on the
butcher-block floor. Our bodies are entwined, a mad tangle of arms, legs, and
tongues that can’t get enough of one another. Touching, sucking, licking,
tasting. Exploring each other as if we’re two conquerors discovering new lands.
Springsteen’s “She’s the One” plays on his sound system.
So in the
moment, my very skilled, generous, rough around the edges lover brings me to
places I’ve never known before. In positions I’ve only read about. Giving me
one outrageous orgasm after another. Each one more mind-blowing than the one
before. Making me forget about what happened at Christie’s. And my now expired
V-Card.
We spend
the entire night fucking our brains out. Opening our hearts. Bearing our souls.
We’re bathed in each other’s scents, twined in each other’s limbs, wrapped in
each other’s dreams. I tell him about my nomadic, magical childhood, traveling
across the globe while my parents filmed award-winning documentaries. And then
about their untimely, tragic death. The Cliff
Notes version of my education. Followed by my dreams and aspirations.
My past
seems happily ever after Finn shares his. I learn he’s a product of the system.
The son of a crack whore mother who abandoned him at birth, leaving him alone
to drift from one foster family to another. A talented artist from an early
age, he turned to painting as a means to both escape his hardships and express
himself. It was the only constant in his ever changing, challenging life. His
passion when love was nowhere to be had. Two years older than me—twenty-five—
he tells me he won a full scholarship to the prestigious Pratt Institute, from
which he graduated.
“What were
you doing at Christie’s?” I ask, during a reprieve from our reckless sex, my
head resting on his chiseled chest, his arm wrapped round me.
“Networking
with collectors and dealers, hoping to jumpstart my painting career. What about
you?”
“After my
depressing job interview at NBC, I impulsively went inside just to warm up and
get a drink.”
A chance
encounter.
He
affectionately flicks my nose. “They should have hired you.”
“One of
your paintings should have been hanging at Christie’s.”
We exchange
a laugh before…
We fuck
again and again. Everywhere. Every which way. In his bed… on the kitchen
counter…against the walls…in the shower. No part of his loft is left unmarked.
***
Last night,
it was lust.
By morning,
it’s love.
One day
later, I get a life-changing phone call. A job offer from Conquest Broadcasting
in Los Angeles to become an associate producer in their news department.
That night
after a celebratory session of delicious lovemaking, my naked, beautiful Finn
rolls off the futon and stands up.
“Now, I’m
gonna make you an offer you can’t refuse.”
I laugh at
him, appreciating his valiant attempt to sound like Marlon Brando in The Godfather. “What?”
“It’s a
surprise. Close your eyes.”
I do as he
asks. A few moments later, a ticklish, wet sensation brushes across my abdomen.

I squirm.
“What are you doing, Finn?” It lasts less than thirty seconds.
“Baby, sit
up and open your eyes. I hoist myself up to an upright position. Finn’s sitting
cross-legged next to me, holding a paintbrush, the bristles coated in a shimmer
of red. He flashes a cocky smile.
I look
down. My eyes grow wide as I silently read the two words he’s painted on my
torso.
Marry me.

Two weeks
later, we exchange our forever vows at a chapel in Las Vegas en route to Los
Angeles.
The city of
angels.
The city of
dreams. 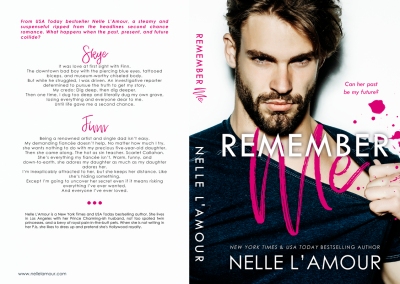 Author Bio
Nelle
L’Amour is a NEW YORK TIMES
and USA TODAY Bestselling
Author who lives in Los Angeles with her Prince Charming-ish husband, twin
college-aged princesses, and a bevy of royal pain-in-the-butt pets. A former
executive in the entertainment industry with a prestigious Humanitus Award to
her credit, she gave up playing with Barbies a long time ago but still enjoys
playing with toys with her husband. While she writes in her PJs, she loves to
get dressed up and pretend she’s Hollywood royalty. She writes juicy stories
with characters that will make you both laugh and cry and stay in your heart
forever.
Author Links
NEWSLETTER
FACEBOOK GROUP
AMAZON
BOOKBUB
WEBSITE
INSTAGRAM
TWITTER 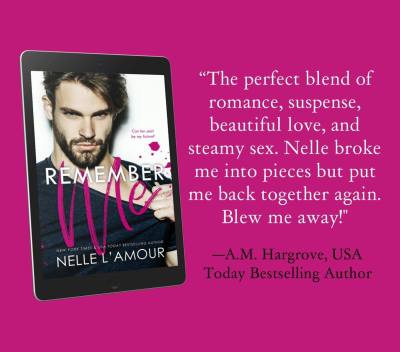