Thomas Ramsay has three rules:
One night
No expectations
No bullshit

Julianne Griffith has three rules:
One night
No feelings
No beds

When a man who doesn’t believe in love collides with a woman who has no use for it, the resulting explosion is much more than they are prepared to handle.

Meeting your match doesn’t always lead to the kind of happy ending you expected, especially for those who have vowed never to love.

*Can be read as a standalone* 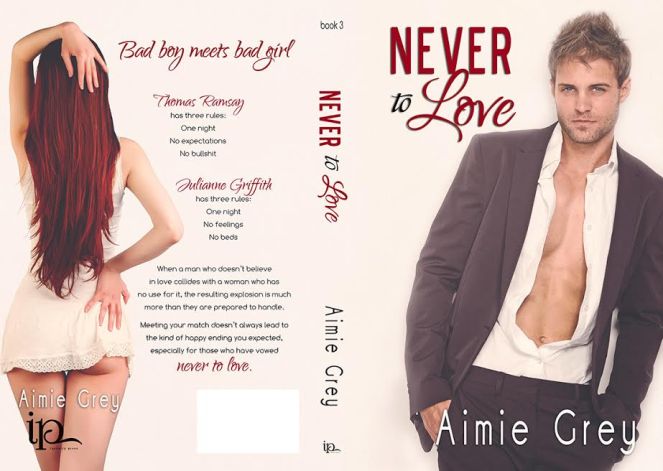 I needed to remember who I was. Julianne Fucking Griffith didn’t take shit from anyone.

“This was supposed to be a one-night stand. Then it turned into three. Then the limit was waived. Then emotions got involved—” Thomas opened his mouth to offer a rebuttal, but before he could, I raised my hand. “—I’m not talking about love or any other bullshit. You were really angry with me, and that made me feel angry or hurt or something. Whatever it was, I didn’t like it.”

Before I could pull the door open, I felt Thomas’s body heat invading my personal space from behind. “Julianne…” he whispered.

Strong hands wrapped around my waist, guiding me as I turned to face him. My entire body quivered as I stood in place, anxious because I knew what was coming, but I had lost the ability to speak, and I couldn’t pull away. As his lips moved closer to mine, the desire to stop his advance vanished. 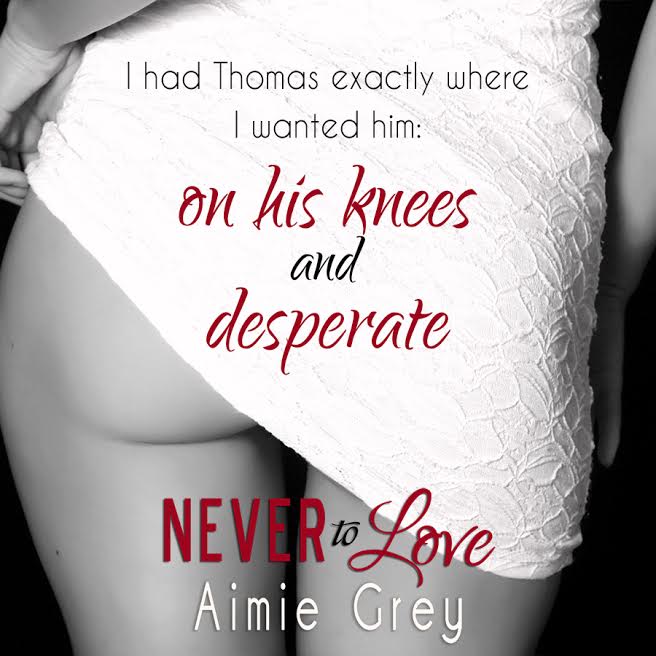 Other books in the series:

Aimie Grey didn’t read a single book until she was in her early thirties. One fateful day, her friend decided to put an end to the madness and shoved a steamy romance novel under Aimie’s nose. After being forced to read one of “those” scenes, Aimie went home and bought the book, and the next one, and the one after that. In the two years since, Aimie has read close to four hundred books. Somewhere along the way, she became frustrated with reading repetitive stories revolving around the experienced man seducing the still virginal woman. Aimie decided to take matters into her own hands and wrote her debut full length contemporary romance novel Never to Keep.

In addition to her day job as an IT system administrator, and her new evening gig as a writer, Aimie’s primary role in life is wife and mother. Aimie lives in the Midwest with her husband and two teenage daughters. (Now you know why she needs those books!)