They were serial murderers.


The worst of the worst.


It was at South Glenn that ‘Sweet Treats’ bakery owner, Scarlett Everett met two men who would change her life. Damon Salt was a man serving life without parole that she was paired with for a volunteer program called Friends for Lifers.


Prison guard Aden West was tall and tanned with indigo eyes and a strong jaw smattered with dark hair. Just a hint of what promised to be a sleeve of tattoos peeked out from the cuff of his button-down shirt, which combined with his buzz cut, gave him a bad boy edge Scarlett didn’t know she was attracted to until she stood there trying the catch the breath he took away. 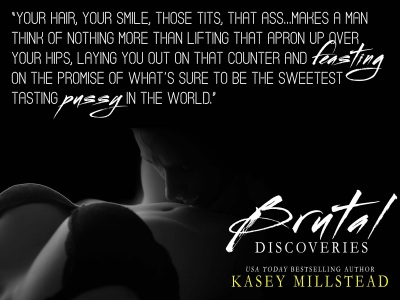 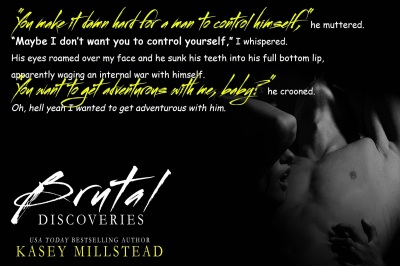 The synopsis of this story had me really intrigued, and I wasn’t sure what to expect but I’m glad I got the chance to read and review it!

Aden is the definition of alpha! Seriously this guy has no problem stating what he wants and going for it. And he just so happens to want Scarlett. He is also a prison guard, which I have to say I believe this is the first book I’ve ever read where the hero is a prison guard. So, it was nice to read something different. Oh and let’s not forget he’s hot with a capital H!!

Scarlett is the owner of a bakery and also happens to be part of a volunteer program where she visits inmate Damon Salt, who is in for murder and rape. This is the same prison that Aden works at.

I like that this book had a little bit of everything all rolled into one! We had suspense, laugh out loud moments, sexy hero and a strong heroine. 4 stars from me!

Kasey Millstead lives a quiet life in country New South Wales, Australia, with her husband and their four young children. She enjoys baking, singing (ridiculously out of tune) & spending time with friends and family. Kasey has always harboured a deep love for reading and writing, and she is now lucky enough to be living her dream of being an Author.
Author Links