What do you do when you lose the single most important thing
in your life? You grieve. You sink so deep in a hole, you can no longer see the
top. All you see is dark. Your life becomes dull and dreary. You withdraw from
your friends, lash out at the ones your closest to, and become so absorbed in
your pain, you feel the only way out is to end it permanently. Your heart no
longer pumps properly and you can never get enough air in your lungs. You
drink, you neglect your health, and you rent dirty hotel rooms with the sole purpose
of ending your pain in them. Guilt eats at you for not being at the one place
you were needed the most. And you become angry because you were left behind.
Or at least, that’s what I did. Until she came along…
Chris, the bane of my existence. She’s always there in the
background, watching me, trying to ‘be there’ for me. But I don’t want her
help. I don’t need her to butt in where she’s not wanted. I just want to be
left alone in my grief. But she not giving up, even when I throw insult after
insult her way. Every time I turn around, there she is. And what’s worse, she’s
starting to make me want things. Things I never thought I could have again.
She’s making me forget the pain and bringing color back into my life with her
fiery red hair, bright green eyes, and the silly faces she makes at herself in
the mirror. But what happens if I let her in? Could I be brave enough to open
myself up, knowing the possibility of having it snatched away again. Once I
know the feeling of touching Chris, of having her heart and soul blend with
mine, I would never survive losing that.
Can I take the chance of her being my savior, even knowing
that she could also be the one that could push me other the edge of
self-destruction?

Well once again, Alex Grayson has written another 5 star book!  Seriously, this woman knows how to pull my heartstrings!  She has a talent for writing some deeply emotional and angsty novels that I find myself not being able to put down.

I knew from the very beginning of this series that Nick’s story was going to be an emotional one.  And of course I couldn’t wait!  Alex Grayson did not disappoint!

To put it bluntly, Nick is a wreck.  His life is a wreck and he’s sinking deeper and deeper.  Chris wants nothing more than to help Nick but he rejects every effort she puts in.

Is Chris strong enough to keep fighting for Nick?  How many times do you have to be rejected before you turn and walk away?  Can a person really come back from a hurt so deep?

I highly recommend this book and series if you haven’t read already.  Alex Grayson is an amazing author, and I love her work! I can’t wait to see what she has in store for us next. 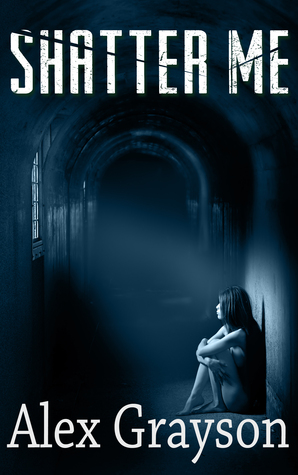 Pain.
That’s a word Bailey Winsor knows well, having endured it since she was a child from the people that were supposed to protect her. Just when her life appears normal, something Bailey has never experienced, she meets a man and falls in love.
Love can be deceiving.
Bailey jumps from the frying pan that was her childhood and into the burning bowels of hell, which is her sick and twisted husband. It’s hopeless. Suffering more years of abuse, Bailey eventually realizes that she has no choice but to run.
Forced to stop in a small town in Ohio, Bailey encounters a town full of people that welcome her with open arms, especially Jaxon Walker, the tattooed and pierced local bar owner. Bailey has secrets she’s unwilling to reveal. Jaxon senses her fear and refuses to give up trying to discover them.
Will Bailey be brave enough and learn to trust Jaxon with her deepest secrets? Will Jaxon be strong enough to protect Bailey when her past comes knocking at her door? 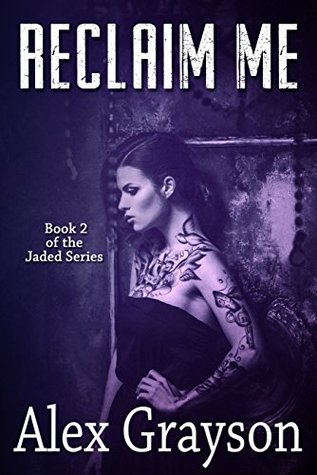 ****WARNING! PLEASE READ!! This book contains content like rape, drugs, and hard situations that may trigger bad memories for those that has been in similar situations. Not suitable for anyone under 18. ****
Enduring the ultimate betrayal on her eighteenth birthday by the one person she loves most in the world, Mia Walker is no longer the innocent, sweet, young woman she used to be. She is now cold and hard, letting no one get close to her heart, except family.
Mackai (Mac) Weston sees the changes in Mia on a daily basis. He knows he is the reason Mia is now the way she is. Never given the chance to explain what really happened that night so long ago, Mac is determined to make Mia finally listen and reclaim what was always his.
When the truth finally comes out, danger shows its ugly face. There are people in Jaded Hollow that do not want Mac and Mia together. They are willing to do what ever it takes to keep them apart.
Will Mac be strong enough to overcome temptation, even when the odds are against him? Will Mia forgive Mac when she realizes things weren’t what they seemed ten years ago? 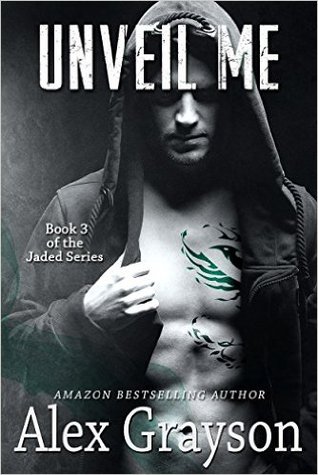 Andrew Donovan is the outrageous goofy guy that everyone loves. In any setting he’s in, he takes front stage and makes everyone laugh; from his ridiculously funny t-shirts, to his naughty jokes, to his shameless flirting with anything that walks, both men and women. But what you see on the outside can sometimes be deceiving. Andrew has a secret. A secret that’s slowly withering away the fun loving guy that everyone knows. A secret that even his closest friends know nothing about.
When he first sees Jase in a picture, he knows instantly that he’s found the one person who will be his forever. He’s just impatiently biding his time for him to get to Jaded Hollow. Andrew is torn. On one hand, he’s finally found the other half of his soul, while on the other hand, he’s slowly dying inside. Tragedy is on the horizon and there’s nothing he can do to stop it.
Jase Matthews comes to Jaded Hollow a dead man walking. He knows it’s only a matter of time before they find him. There is no way they’ll let him live. At his first sight of Andrew, he’s instantly drawn to him, but he refuses the connection, knowing his days are numbered. However, it’s not long before he realizes the pull Andrew has on him is something he can’t fight.
Can Andrew find the courage to reveal to his loved ones the secret he’s kept for years? Will Jase be the man to help him overcome the grief he feels inside? And what happens when Jase’s past catches up to him and threatens to take away the man Andrew’s waited forever to meet?

Alex Grayson is originally from the south, but has recently moved to Northern Ohio. Although she misses the warmth of Florida and often times detest the cold of Ohio, she absolutely loves living in the north. Her and her husband bought a house on two acres of land and live there with their daughter, son, one dogs, two cats, eight ducks, and three chickens. She hopes to eventually get a couple of goats to add to their country way of living. Besides her family and home, her next best passion is reading. She is often found with her nose obsessively stuck in a book, much to the frustration of her husband and daughter. On more than one occasion Alex found herself wanting a book to go a certain way, but it didn’t. With these thoughts in mind, she decided to start writing stories according to her own visions. Although this is a new endeavor for her, she hopes that readers find her concepts on romance intriguing and captivating. Alex welcomes and encourages feedback, of any kind. She can be contacted at alexgraysonauthor@gmail.com.