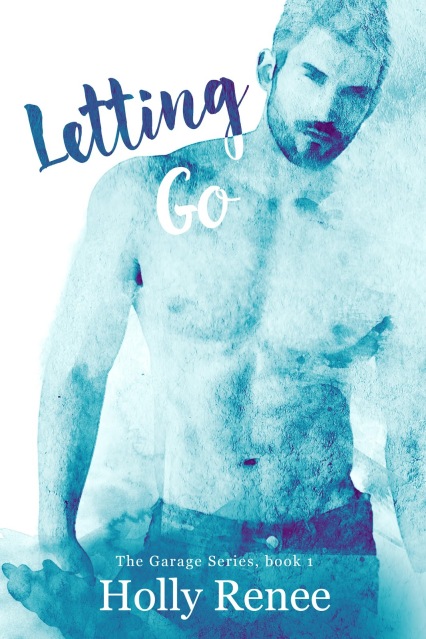 When Kat was forced to leave the only home she had ever known due to her brother’s secrets, she wasn’t prepared for what was waiting for her in Tennessee or the choices it would force her to make.Kat instantly knew she didn’t like Blake Reagan. He was cocky, stubborn, and infuriating. What Kat didn’t understand was why she couldn’t stop thinking about him or the way he made her feel.

The last thing Blake expected was for Kat Archer to storm into his world and turn it upside down. He thought he had her pegged from the beginning, but she destroyed everything he thought he knew. Blake was willing to fight to push his way into Kat’s heart, but she put up a wall at every turn as she clung to her past.

If she stayed, she’d risk the only family she had left. If she left, she’d lose Blake and every piece of her heart that he’d managed to steal. 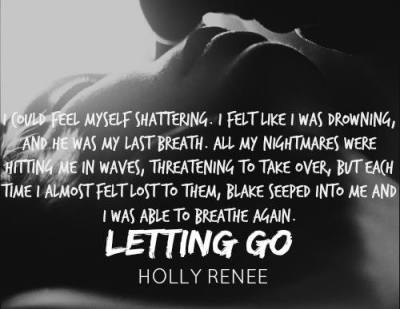 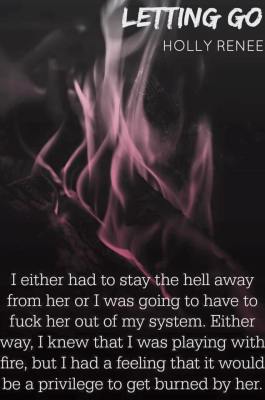 Let me just start off by saying that I LOVED this book! For a debut novel, Holly Renee did a fantastic job! I actually had no idea this book was part of a series, but after reading it I’m quite glad it is because I can’t wait to read the stories for the rest of the guys! But no worries, this one does not end in a cliffhanger and can be read as a standalone!

Kat is forced to leave her home after her brother gets into some trouble. What she wasn’t expecting in Tennessee was someone as arrogant and cocky as Blake Reagan. But despite her desire to hate him, she just can’t. There’s something about him that draws her to him.

Blake had no problem with the love ’em and leave ’em attitude until Kat walked into his life. He doesn’t know what hit him, all he knows is Kat is completely changing his world around.

Wow! When these two come together some definite sparks fly! I loved the chemistry between them! I could feel the emotions pouring off the pages!

This book has everything I love in a good romance: suspense, sexiness, laugh out loud moments, and emotional times. Oh and let’s not forget some very sexy mechanics!!!

I can’t wait for the next book in this series by Holly Renee!!

Bookaholic, firm believer in grand gestures, and obsessed with happily ever afters.

Holly Renee is from the small town of Maryville, TN where she was born and raised. She currently lives with her husband and fur baby, Luna. (Yes. She was named after Luna Lovegood from Harry Potter.)

Holly Renee is the author of her debut novel Letting Go.

During the day, Holly spends her time as a nurse, but once her shift ends, she falls deep into her passion of reading and writing. 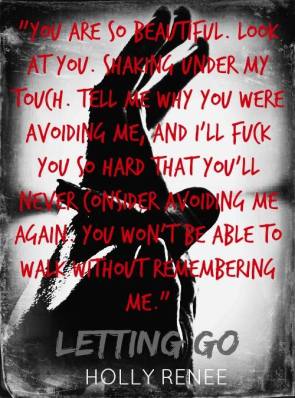