Dig into a satisfying trio of deliciously sexy stories.

Pure hearted Katarina Cross has a simple life plan; finish school and find a job. Everything is on track until Damon Noble walks onto the scene. He’s the sweetest confection she has ever laid eyes on.
After his last girlfriend left a bad taste in his mouth for commitment, Damon nixes the idea of a relationship. He simply orders and pays for what he needs. Why ask for the full menu when you can just order dessert?
A chance meeting, a book club and a penchant for dessert will change everything. 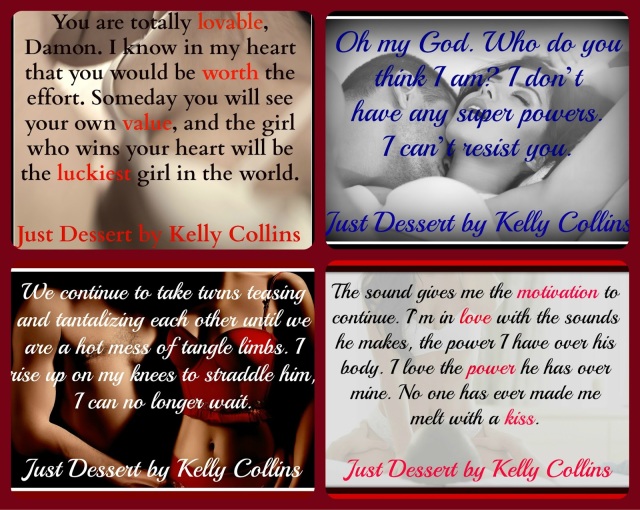 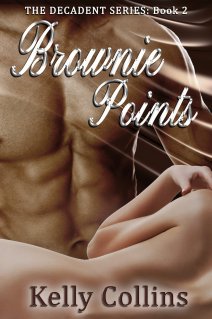 Emma is beautiful, educated, and damaged. Unavailable emotionally, she has succeeded in her job where liaisons only go as far as the length of time you purchase. In her line of work, relationships are risky. You don’t mix business with pleasure; it’s a conflict of interest. That was always the rule—until Anthony.
Touted as one of Los Angeles’ most sought after men, Anthony is a hot commodity. A once confirmed bachelor, his tune changes once Emma comes into his life. She’s the one, and he’ll do anything to keep her.
Hell bent on unraveling the mysteries of Emma’s life, he sets out to solve the secrets that are buried with her mother. The ghosts of Emma’s past threaten to destroy the delicate bond they have created. What he uncovers has the potential to bind them forever or break them apart.
When it comes to brownie points, can you ever collect enough to erase the past? 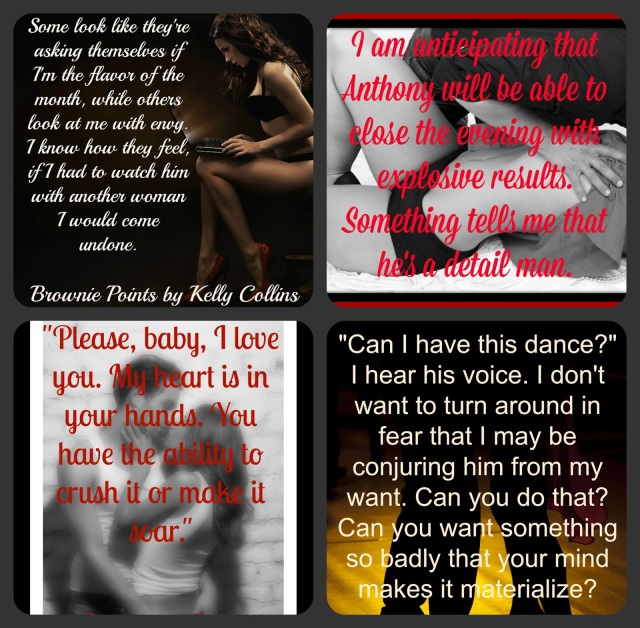 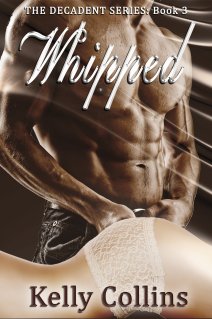 Roxy Somerville grew up with everything. Sports cars and designer clothes were commonplace in her life. Love, affection and autonomy were not. She left her life of luxury, and traded her riches for freedom, a freedom that would lead her back to her first love.
Bobby Anderson had very little in the way of wealth as a child. He had a supportive family and it made him the richest of men. For a time, he had Roxy, then she was gone. Now she’s back in his life, and he will stop at nothing to keep her.
Once you find yourself Whipped, there is no turning back.

Kelly Collins lives in Colorado with her husband, James, of twenty-five years. She’s the proud mother of three young adults. They are her greatest accomplishment.
Reading has always been a passion. That passion turned into a career after she took a flight to New York and asked a what if question. That question turned into her first book, Tempo.
Always a romantic, she is inspired by real time events mixed with a dose of fiction. She encourages her readers to reach the happily ever after but bask in the afterglow of the perfectly imperfect love.
She has a passion for her family, a love of lemon drop martinis and is known to stop for anything shiny. She loves hockey, gerbera daisies and standing in front of her fireplace until she nearly combusts. And has a new found appreciation for green smoothies.
Armed with her laptop, Kelly wants nothing more than to create a world that any woman would want to explore with the intention of keeping the love alive.