Meet Flynn and Lucky in this rock star romance! 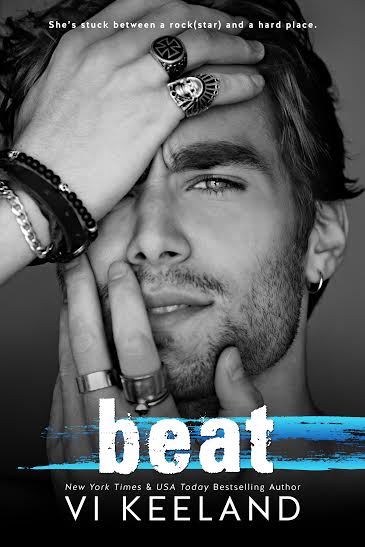 Dimpled smile of a boy

Hard body of a man

I was stuck between a rock(star) and a hard place.

At fifteen, his poster hung on my bedroom wall.  At twenty-five his body hovered over mine.  Every girl’s fantasy became my reality.  I was dating a rockstar.  Yet I was slowly falling for another man.  The problem was—the two men—they shared a tour bus.

Flynn Beckham was the opening act.

Dylan Ryder was the headliner.

What happens when the opening act begins to shine so bright, it seems to dim everything else in its wake?

I’ll tell you what happens.  Things get ugly.

Despite the fact that Lucky had just casually mentioned that the lobby lounge serves coffee beginning at six a.m., I’m pretty sure of myself that she’ll be down there.  But when I step off the elevator, the lobby is quiet.  Empty.  The coffee urns are just being set up in the lounge.  I pour two mugs, make them just as we like it, and settle on one of the couches on the far side of the room where it’s private, yet I can still keep an eye on the door.

I grab a newspaper and begin to flip through to kill time.  Then my eyes catch a pair of pink-painted toes in flip-flops.  I don’t know why, but it’s in this moment that I realize, I’m fucked.

The sight of her toes makes me smile.

I’m falling for another guy’s girl.  Something I promised myself I’d never do.

But then I reason with myself.  I haven’t done anything wrong.  Thinking a woman is beautiful and spending time with her doesn’t have to turn into anything, right?  They’re just toes after all.  But look how cute they are.  I’ve never been a foot guy, yet I wouldn’t mind sucking…  Stop.  Just stop.  We’re just friends.

Because I’ve been friends with so many hot women in the past and not fucked them?  Yep.  I’m screwed.  I need to get the hell out of here.

“Good morning,” she whispers and smiles down at me.  My eyes lazily travel up from her toes.

I hold up her mug of coffee.  And then I realize she still has the thin shirt she wears to sleep on and I’m eye-level with the sexiest taut nipples I’ve ever seen.

Screw sucking her toes… “Certainly is.”  I grin.

Worth the Fight (MMA Fighter Series, Book One)

Belong to You (A Cole Novel, Book One)

Made For You (A Cole Novel, Book Two)

Vi Keeland is a native New Yorker with three children that occupy most of her free time, which she complains about often, but wouldn’t change for the world. She is a bookworm and has been known to read her kindle at stop lights, while styling her hair, cleaning, walking, during sporting events, and frequently while pretending to work.  She is a boring attorney by day, and an exciting smut author by night!
Stalk Her: Website | Facebook | Twitter | Goodreads