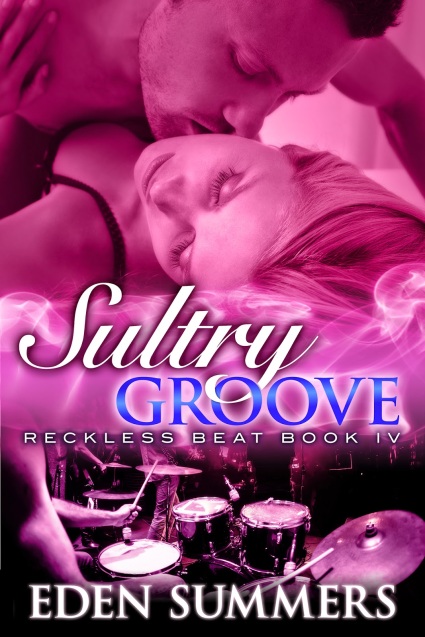 Blurb
He wants the world and the admiration of everyone in it.
Sean Taiden, the inconspicuous drummer of
Reckless Beat, is sick of living in the shadows of his bandmates’ success.
He’ll do anything to gain the recognition he deserves. Even if
it means dancing in a music video to the Reckless track that drives a knife
into his broken heart whenever he hears it. The saving grace is the tempting
choreographer who may be the one person able to distract him from the agony his
life has become.
All she wants is the peace that comes with solitude.
Melody Jenkins knows all about fame. She
knows enough to determine she doesn’t want a part of it anymore. After quitting
her professional dance career, she set up a quiet studio and focused on
starting a new beginning away from prying eyes. Until a sexy drummer strides
into her life, making her crave something she can’t have while also pushing her
to expose secrets she can’t bear to reveal.
Conflicting aspirations and one inextinguishable passion.
She needs to hide from the world she once
owned. He wants to rise to the top, proving to himself and his friends that
he’s always been the heartbeat of the band. Caught between what they need and
what they want, Melody and Sean have to decide which is more important—their
individual plans for the future or their feelings for one another.

This is one of my favorite rockstar series and I have been waiting for Sean’s story! He’s always sparked my interest, and I couldn’t wait to read more about him! He’s the drummer who always seemed to stay in the background, but I just knew he had a story to tell! And boy did he ever!

If you love rockstars, I highly suggest reading this series! You will fall in love with the Reckless Beat boys and Eden’s writing! The reckless boys are sexy, tatted rockstars who have big hearts and love fiercely! 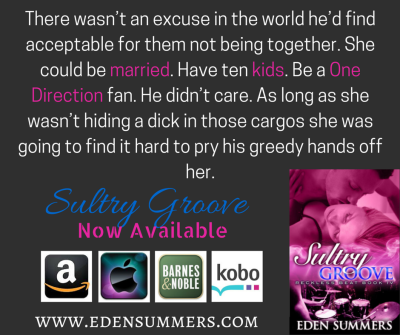 In late 2010, Eden’s romance obsession could no longer be sated by reading
alone, so she decided to give voice to the sexy men and sassy women in her
mind.

Eden can’t resist alpha dominance, dark features and sarcasm in her fictional
heroes and loves a strong heroine who knows when to bite her tongue but also
serves retribution with a feminine smile on her face.