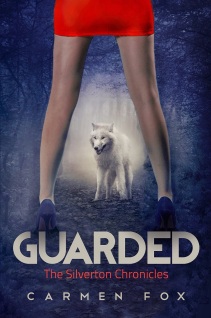 Ivy’s neighbors have a secret. They aren’t human. But Ivy has a secret, too. She knows. As long as everyone keeps quiet, she’s happy working as a P.I. by day and chillaxing with her BFF Florian, a vampire, by night. When a routine pickup drops her in the middle of a murder, her two worlds collide. While Florian knows how to throw a
punch, deep down he’s a softie. His idea of scary? Running out of hair product. It’s time Ivy faced facts. Even with a vampire on stand-by, one gal can only kick so many asses.

For help, she must put
her faith in others. A human, who might just be ‘the one.’ A demon, who will, for a price, open the doors to her heritage. And a werewolf, who wants to protect her from herself.

About The Author
Carmen lives in the south of England with her beloved tea
maker and a stuffed sheep called Fergus. An avid reader since childhood, she caught the writing bug when her Nana asked her to write a story. She also has a law degree, studied physics for a few years, dabbled in marketing and human resources, and speaks native-level German and fluent Geek. Her preferred niches of geekdom are tabletop games, comics, sci-fi and fantasy.
She writes about smart women with sassitude, about pretty
cool guys too, and will chase that plot twist, no matter how elusive.
Expect to be kept guessing.

For details on this or Carmen’s other work, visit her
website at www.carmen-fox.com.