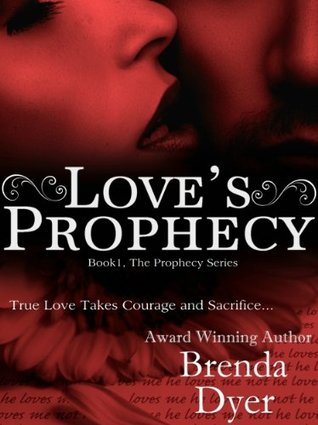 Mel is a vampire warrior sworn to hunt and kill demons in the dark streets of Vancouver. But he’s burdened with a new assignment: find the meaning behind the Vampire Prophecy. Having no faith in the gods and their empty words, he believes there’s no truth to the ancient legend until he meets Breeana, a human woman who bears the mark of the prophecy and resembles the mysterious woman haunting his dreams. When a vengeful demon spies Breeana in his arms, she is marked for death. He must take her from the world she knows until he can eliminate the threat. But the real danger is the role Breeana must play in fulfilling the prophecy and the intense feelings she brings out in him. Mel is forced to choose between his obligations to his kind, the world, and the woman he loves. Can he turn his back on love to let her go, or will he risk her life and bind her to him for all eternity?

Veterinarian, Dr. Breeana Spencer yearns for love and companionship, but the disappointment of failed relationships have taken their toll. She now finds solace in romance novels. But when she meets a mysterious stranger, she’s drawn to him by a connection so forceful it shatters all reason, leaving her incapable of resisting him. Yet there’s more to him than smoldering good looks and a rock-hard body. As she’s drawn deeper into his danger-filled world, she learns she’s part of an ancient vampire legend. Breeana fears her future is no longer hers and will not include Mel. As their enemies close in, desperate to destroy them both, she must fight to convince Mel her place is at his side. A life-altering choice is before her—one that will take all her courage and love to make.

Mel is a vampire and, with his brothers-in-arms, protects the world from demons; he is the scholar within the group of vampires and is assigned the task of deciphering an ancient prophecy that will be the answer to save the world from demons. Breeana is a singer and unknowingly the object of Mel’s dreams. They run across each other at a seedy bar and Breeana ends up saving Mel’s life. Breanna is then introduced to Mel’s world and ends up helping him solve the riddle of the prophecy.

This was an amazing read! Totally realistic feeling; Brenda Dyer’s writing makes you feel as if you are there! I can’t wait for the next book in the series!!!

One thought on “REVIEW: Love’s Prophecy by Brenda Dyer”