Title:  Look After You

Synopsis:  The birth of your firstborn child is supposed to be the best day of your life, a joyous occasion. Well that’s what twenty-eight year old Ava Jacobson thought. That is until her life takes a drastic turn for the worse and her daughter is born three months earlier than planned, weighing only two pounds, two ounces.

A distraught Ava is thrown into the deep end of motherhood and instead of being able to hold her baby like other moms, she has to sit back and watch her daughter fight for her life in the hospital’s neonatal intensive care unit, while her fiancé, Sebastian Gilbert is in the midst of a messy war in Afghanistan. Ava is left to pick up the pieces with the help of her only friend, Caleb Summers.

When her vulnerable state hits an all time low, she finds solace in an unexpected pair of intense green eyes. Eyes that belong to her daughter’s doctor, Ashton Bailey, and she falls, like she has never fallen before. However, for the sake of Sebastian she desperately tries to fight against her newfound feelings for Ashton, but eventually the pull between the two is so strong that it is impossible for her to stay away.

Then when Ava is convinced things can’t possibly get any worse, a cloud of blackness closes in on her as the secret demons of her past come back to haunt her, with news that will irreversibly shake her entire world forever.

As Ava’s roller coaster ride she calls life begins to circle the drain, she quickly learns that even through the darkness of evil, there is always that one person who will look after you and have the ability to pull you away from the brink of no return, when nobody else can.

Recommended for ages 18+ due to heavy subject matters of rape and suicide. Also includes violence, explicit language and sexual situations. 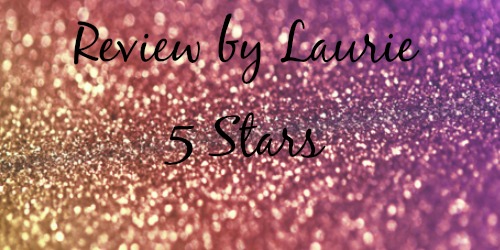 Oh my goodness this book went so far above and beyond my expectations! Honestly, this book is just amazing! I always enjoy a good love triangle, and Look After You definitely fits the bill.

The book starts out with Ava having just given birth to her preeemie daughter. Her boyfriend and father of her child, Sebastian, is away in Afghanistan fighting the war. Ava has a very tragic and heart wrenching past. She finds herself once again dealing with a devastating blow life has thrown at her when her daughter is born weighing only two pounds. She soon begins to find comfort in the man who always manages to make her smile, her daughter’s doctor.

Dr. Ashton Bailey knows that Ava isn’t his to take because she belongs to another man. But that doesn’t stop him from looking forward to getting to see her at the hospital everyday.

As I mentioned earlier, this is a love triangle book. There are some scenes that will absolutely devastate and rip your heart out! Elena Matthews has made me fall in love and become invested with her characters! I loved her ability to make the characters seem so real, and make me feel the emotions as if they were my own. Definitely have your tissues handy with this one!

I can’t wait to read the next book in this series!